Singlet oxygen (1O2) is one of the Reactive Oxygen Species (ROS). 1O2 is known to be a cause of spots and wrinkles of the skin due to its very strong oxidizing potential. In the field of cancer research, 1O2 is of a particular importance because of its key role in photodynamic therapy (PDT), an emerging anticancer treatment using photoirradiation and photosensitizers. For the detection of 1O2, the existing singlet oxygen fluorescence detection reagent cannot be used in living cells because of its cell membrane impermeability.

Majima et al. synthesized a new far-red fluorescence probe composed of silicon-containing rhodamine and anthracene moieties, namely Si-DMA, as a chromophore and a 1O2 reactive site, respectively. In the presence of 1O2, fluorescence of Si-DMA increases 17 times due to endoperoxide formation at the anthracene moiety(1),(2). Among seven different ROS, Si-DMA is able to selectively detect the 1O2 (Fig. 3). In addition, Si-DMA is able to visualize the real-time generation of 1O2 from protoporphyrin IX in mitochondria with 5-aminolevulinic acid (5-ALA), a precursor of heme(Fig. 4). 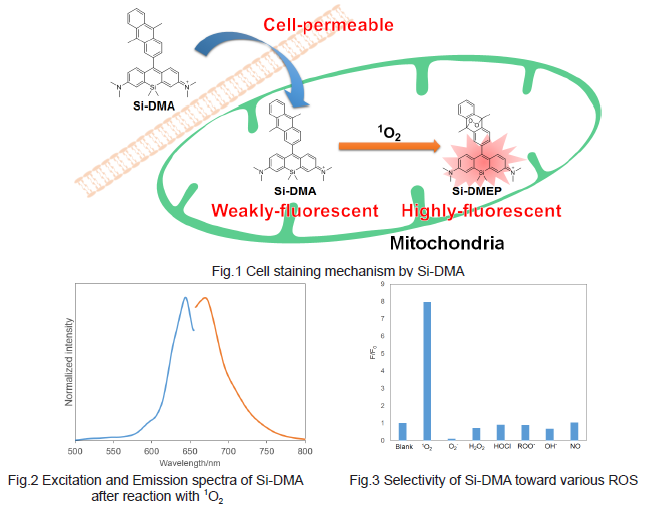 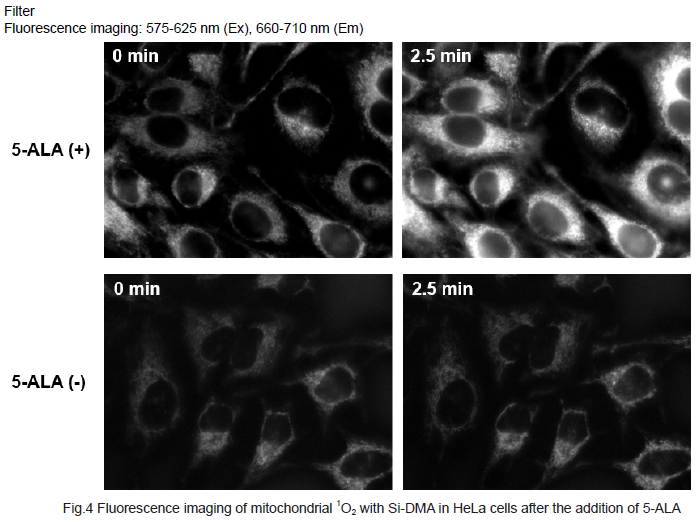