Organic compounds that coordinate metal ions into circular structures (chelate circles) are called chelating reagents. Most chelating reagents include oxygen, nitrogen, or sulfur atoms in their molecules. Chelate structures with five or six member rings form the most stable chelate circle. In chelating reactions of typical chelating reagents, such as ethylenediamine, acetylacetone, and oxine, several molecules are coordinated with one metal ion. Ethylenediamine tetraacetic acid (EDTA), which has many coordinated atoms, forms a very stable chelate between one molecule of EDTA and metal ion. Chelating reagents are used for chelate titration, isolation, and separation of metal ions. They are also used to mask certain ions, to solubilize metals in organic solvents, and for gas chromatography of metal ions. Metal indicators are chelating reagents that can be used to colorimetrically or fluorometrically determine metal ion concentration in solutions. Acetylacetone (AA) and its analogs are used for solvent extractions of metal ions from aqueous solutions. These metal complexes are used as catalysts of polymerization, dryness, and combustion. Chelating reagents, including EDTA, EDTA analogs, metal salts, and others, are available in bulk quantities from Dojindo. The following table indicates the stability constants of chelators with various metal ions and chelate reagents. 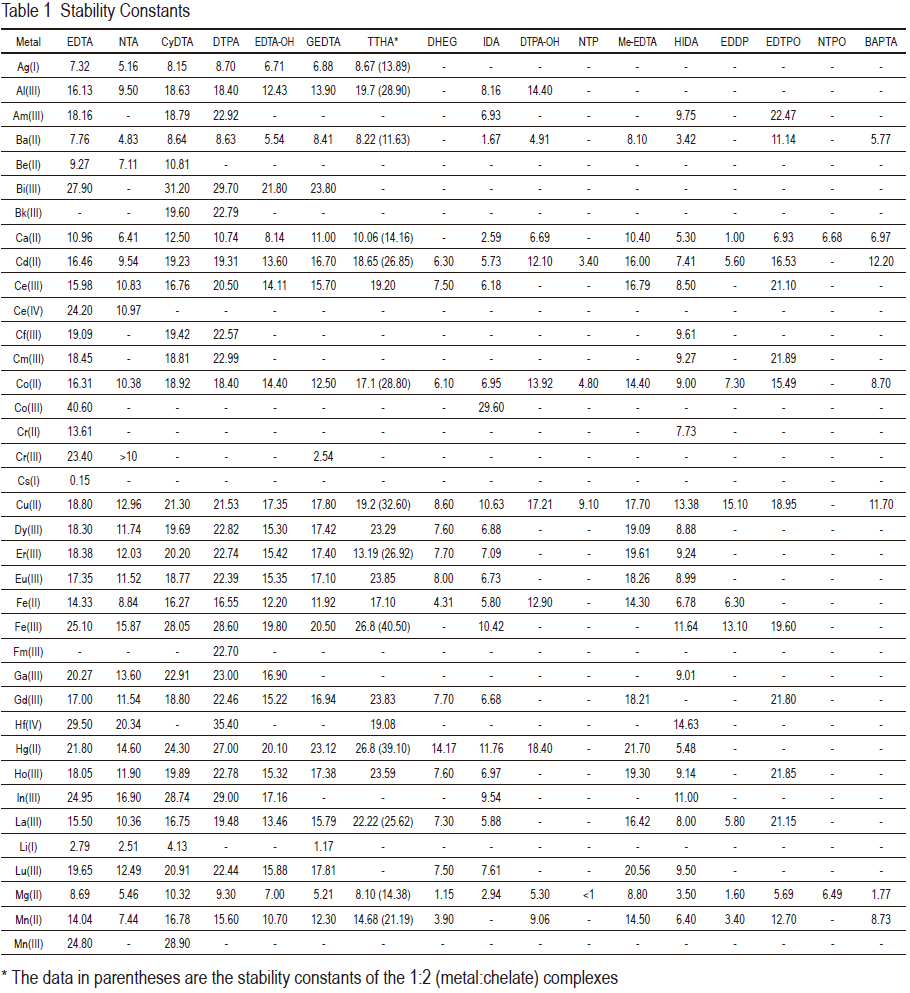